Anyway, let's start with the primary focal point: the fireplace. 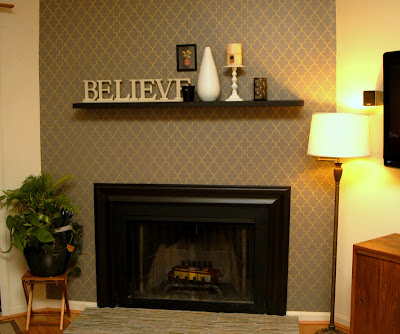 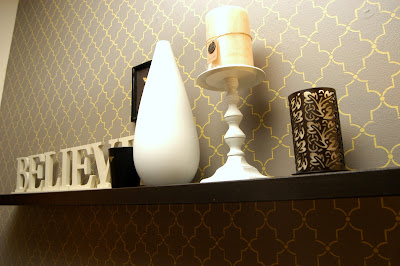 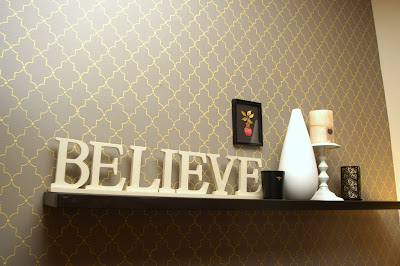 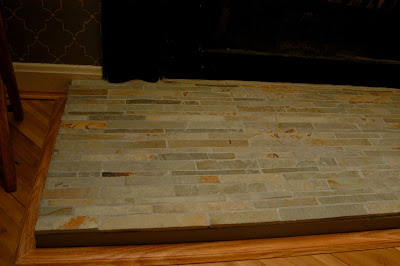 With Jen moving into Chad's bachelor pad, we needed to find ways to make the space feel like their home, not just Chad's. You can find all posts about it here. To do this, we added some of Jen's style while keeping the room's color palette gender neutral for Chad.

The fireplace wall was painted a dark gray and stenciled to add some depth and visual interest. We replaced the mantel with a modern floating shelf and kept the accessories simple so as not to compete with the pattern. A lamp and planter were added to anchor the wall and stone tiles were affixed to the hearth to add texture.

Next up: the TV wall 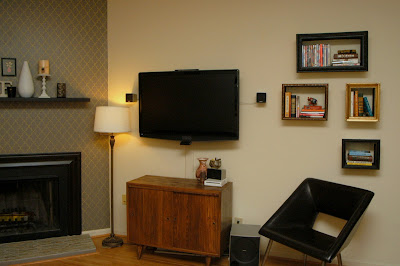 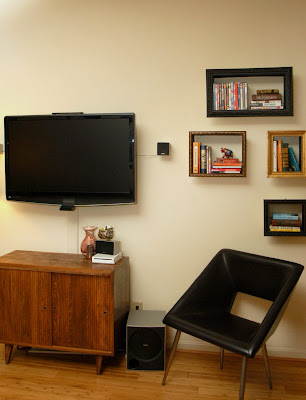 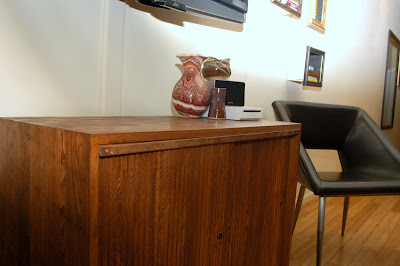 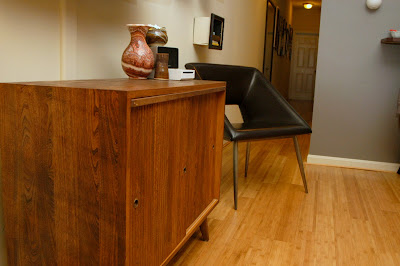 We found this small, retro console at a thrift store ($50!!!!) after hunting for what seemed like an eternity. It was stripped, stained and sealed in a darker hue to stand apart from the light bamboo flooring. A small collection of clay pots were used to draw attention away from some of the electronics and highlight the grain of the console. The TV is Chad's and was already in place before Jen moved in. To balance, we moved the square seat next to the console and added a boxy bookcase arrangement (hi, Penny!). 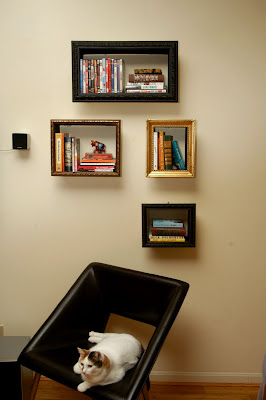 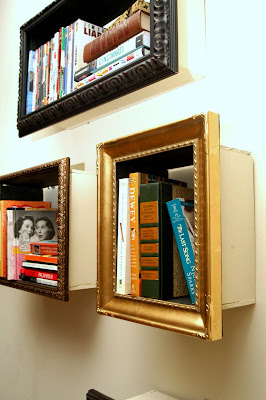 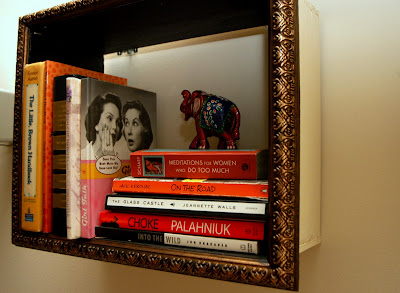 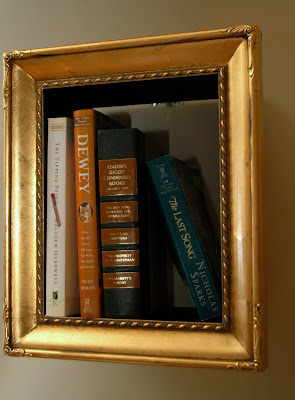 Small pieces of wood were added to the backs of old frames, creating shelves for additional storage. We arranged the framed shelves in an asymmetrical arrangement to keep the space looking casual. From there, we used books and small trinkets to fill.
And then there's the rest of the room. 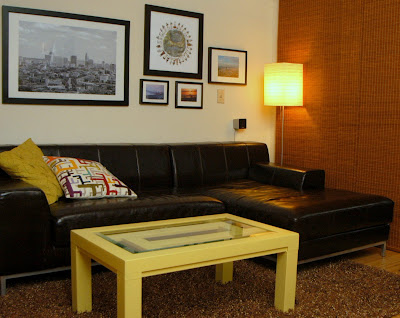 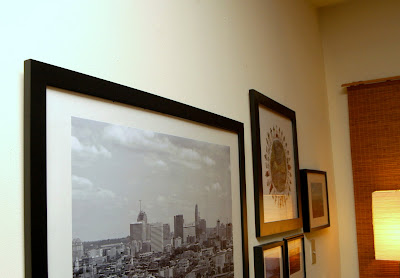 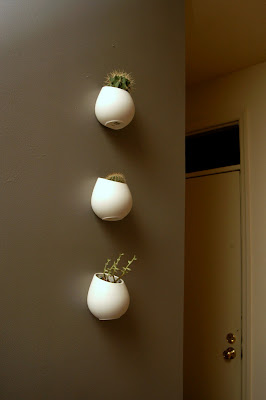 The coffee table was painted the same chartreuse as on the stenciled wall. A shag rug was added to compliment the retro style of the console and add texture that contrasts with the slick leather sofa. Same deal with the bamboo sliding window panels. New pillows were purchased to add color and a travel wall was created that feature some of the places Jen and Chad have visited over the years.

Next to the couch - and I should have gotten a better picture - is a small counter top that juts out from an opening in the kitchen wall used for additional seating. We painted it the same gray as the fireplace wall on the opposite side and, since the space already had enough picture frames, added three hanging pots (utensil holders from Ikea) on each side of the opening, filled with succulents. I LOVE this idea, adding unexpected artwork while modernizing the space.

In the end, the room ended up striking the perfect balance between Jen's and Chad's styles, functional needs and overall wants for the space.