The City Flea ended up being an all around great time last Saturday - great company, great products and crazy delicious streetpops. Overall, the selection was great in terms of jewelry and clothing but I wished there were more furniture or home good booths. Specifically, collectors that have succeeded in finding some "diamonds in the rough" and would be willing to sell to a good home.

Despite this critique, I still managed to come up with a top three that would probably stay my top three even with the addition mentioned above. The three are: reborn by Maggie, Rough and Perfect and Modern Relic. All three booths had such a presence to them, they were certainly hard not to remember. So, as a tribute to their awesomeness, I thought I'd gush about them a little. Naturally, the pictures I took didn't do the booths a shred of justice so, instead, I'm going to steal from their sites.

reborn by Maggie
These t-shirts are uh-dorable. Maggie takes old thrift store t-shirts that otherwise could be forgotten, cuts out the graphic into cute shapes and sews onto a new tee. The execution is flawless and her eye is fantastic in terms of interesting graphics and composition. One of my favorites was a super soft black t-shirt with an old reds logo cut out in the shape of a heart and sewn on. If I were a Reds fan, I would have bought it immediately.

Rough and Perfect
First off, I wish I would have snapped a pic of this booth because I thought it was beautifully put together. Second, I quickly became obsessed with the housewares on display - specifically with what I believe was the restaurant china collection. The prints are detailed illustrations of animals (i.e. squirrels, birds and raccoons) that were ironed on to the house made china. The designs are whimsical, free-spirited and sort of the grown-up version of fun dinnerware. 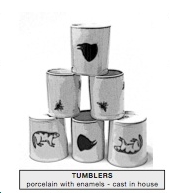 (photos courtesy of their site)

Modern Relics
This booth showed an uncanny eye for clean lines, functional accessories and items that make you feel like you just stepped into an episode of Mad Men. Fantastic selections were made on what to feature and where I single-handedly spent most of my time. Here are the items I was obsessing over. Yes, I know there are a lot and no, I couldn't condense the selection displayed below. 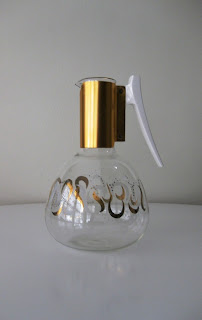 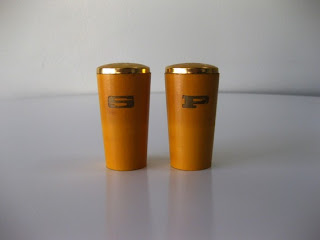 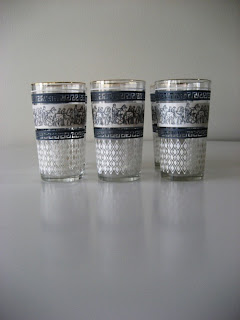 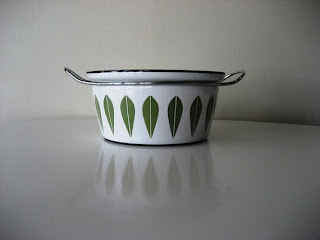 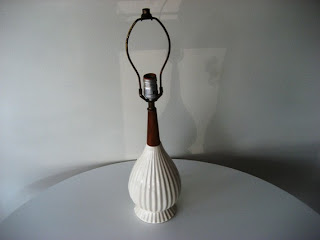 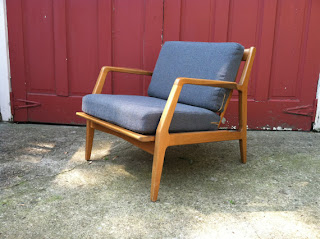 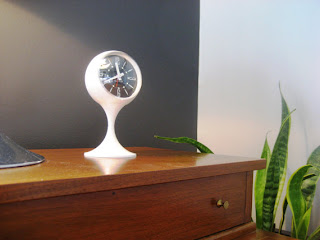 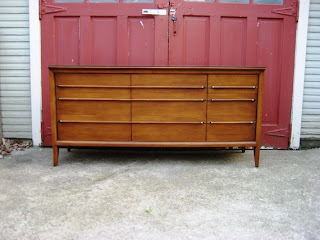